This presentation was developed in conjunction with the Alabama Cardiovascular Cooperative in efforts to educate healthcare providers on topics related to cardiovascular disease prevention. This module will focus on incorporating the 5As (Ask, Advise, Assess, Assist, and Arrange) of smoking cessation into everyday practice. Considerations for both patients who are ready to quit smoking and those that are not ready to quit smoking are discussed. The module provides an overview of resources to assist patients with smoking cessation as well as coverage of smoking cessation therapy and services available for Alabama Medicaid patients. 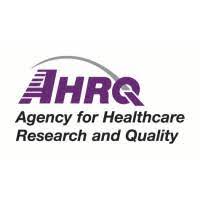 This knowledge-based program is intended for Pharmacists and Nurses.

We are partnering with the UAB School of Medicine to offer this program.

Lori B. Hornsby, Pharm.D. is an Associate Clinical Professor with the Harrison School of Pharmacy. Dr. Hornsby grew up in Talladega, Alabama and is an Auburn graduate. She completed her B.S. in Pharmacy in 1998 and earned her Pharm.D. degree in 1999 before completing a post-graduate Primary Care Specialty Residency with DCH in Tuscaloosa, Alabama and Auburn University.

After her residency she served as an affiliate faculty for Auburn, Georgia, and Mercer schools of pharmacy while working as an ambulatory clinical pharmacist with Columbus Regional Medical Center Family Medicine Residency Program in Columbus, Georgia. She became a Board Certified Pharmacotherapy Specialist in 2003.

Dr. Hornsby joined the HSOP in 2005 as full-time faculty practicing in Montgomery with the Montgomery Family Medicine Residency Program until August of 2008 at which time she rejoined Columbus Regional, now Piedmont Columbus.

She served as past chair of the HSOP curriculum committee and a member of the Practice Ready Curriculum Team involved in the development of the current curriculum. She has been honored with the Regional Preceptor of Excellence Award for the Columbus Region various times. In 2008 she was named Outstanding Teacher for the 2007-08 academic year and in 2016 she was awarded the Ways of Working (WOW) award for her work with the curriculum committee. She is also a member of the American College of Clinical Pharmacy (ACCP) and American Association of Colleges of Pharmacy (AACP).

Auburn University is accredited by the Accreditation Council for Pharmacy Education as a provider of continuing pharmacy education; credits are recognized nationwide. The Universal Activity Number for this knowledge-based program is 0001-9999-22-062-H01-P and is intended for pharmacists. The initial release date for this home-study program is September 19, 2022 and the intended expiration date is September 19, 2025.

Auburn University Harrison School of Pharmacy is a Board approved provider of continuing nursing education in Alabama by the Alabama Board of Nursing. Provider Number: ABNP1515.

Please click ADD TO Cart. You will be directed to your shopping cart for check out or you can proceed to check out by clicking on the shopping cart icon at the top right of your screen.