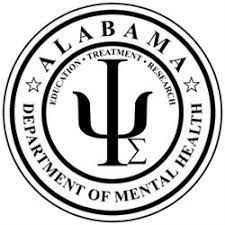 Samantha Barfield is the Project Coordinator for Project FREEDOM South.  Samantha earned her Doctor of Pharmacy degree at the University of Florida and practices part-time as a pharmacist at the Medical Center Pharmacy in Brewton, Alabama.  Samantha also holds an advanced alcohol and drug counseling certificate. She has over twelve years of experience working with men and women in residential treatment and recovery from substance use disorders.   She is passionate about bringing awareness to the disease of addiction,  educating on the risk of death from drug overdose, and supporting the grieving process of families that have been directly impacted by the death of a loved one from drug overdose.   Her interests include substance use disorders, mental health, resiliency, medication management and improving adherence with medications used in substance use disorders and mental illness.

Dr. Luke Engeriser is currently the Psychiatry Residency Program Director, Addiction Medicine Fellowship Director, and Associate Professor at the University of South Alabama College of Medicine.  He also serves as the Deputy Chief Medical Officer of AltaPointe Health.  He attended medical school at Northwestern University and completed psychiatry residency training at Tripler Army Medical Center in Honolulu. During his final year of residency, Dr. Engeriser received the Al Glass Award, the military's highest psychiatry resident research award, for his paper exploring the psychological effects of warfare. Dr. Engeriser served an additional three years in the Army at Fort Benning, Georgia, where he held the position of Chief, Department of Behavioral Health. After separating from the Army, Dr. Engeriser was Medical Director of Mid-Coast Mental Health Center/PenBay Psychiatry in Rockland, Maine. Prior to attending medical school, he completed a Master of Arts in Divinity at the University of Chicago and worked as a teacher of English at the Teacher Training College in Torun, Poland. Dr. Engeriser is a Past President of the Alabama Psychiatric Physicians Association, and he is currently President-Elect of the Alabama Society of Addiction Medicine.  He is a Distinguished Fellow of the American Psychiatric Association and is board certified in Psychiatry and Addiction Medicine.